Back to the future for wind turbines? In an intriguing return to traditional materials, Swedish company Modvion is building a wind turbine tower out of wood, rather than metal. This new model has interesting possibilities for the future of wind energy.

If asked to imagine a wind turbine, most people would think of a steel structure—the current form of nearly all wind turbines used for renewable wind energy generation. However, despite what the steel industry claims, it’s hardly a given that wind turbines must be made of steel. Modvion, a Swedish engineered-wood technology company that develops modular designs, believes it’s not only feasible but that towers should be built from wood.

Futurist Jim Carroll observes that this rethinking of wind turbines’ materials aligns with two key trends: one, the broader acceleration of new material science; and two, the emergence of a “real focus on how to utilise wood in construction in ways that weren’t previously possible”.

Although steel is stronger than wood per volume, Modvion’s Laminated Veneer Lumber (LVL) and Gluelam Timber (GLT) products are both 55% stronger than steel per mass unit and more cost-effective than steel at the same load-bearing capacity. “Modvion towers with strength properties equal to steel towers weigh two-thirds as much and cost less to produce,” says Lundman.

Wood can also create additional advantages beyond cost and strength. Unlike steel, which is often shipped over great distances, timber is often locally available, benefiting local jobs and economies.

Robert Jockwer, an assistant professor of Timber Structures at Chalmers University, adds that wood is also superior to steel for maritime climates. While saltwater is harsh on steel, “saltwater doesn’t have such a negative impact on timber. It shouldn’t get wet, but the maritime climate, with some salt in the air, is not a problem for timber. For these special climates, timber can be better than steel.” 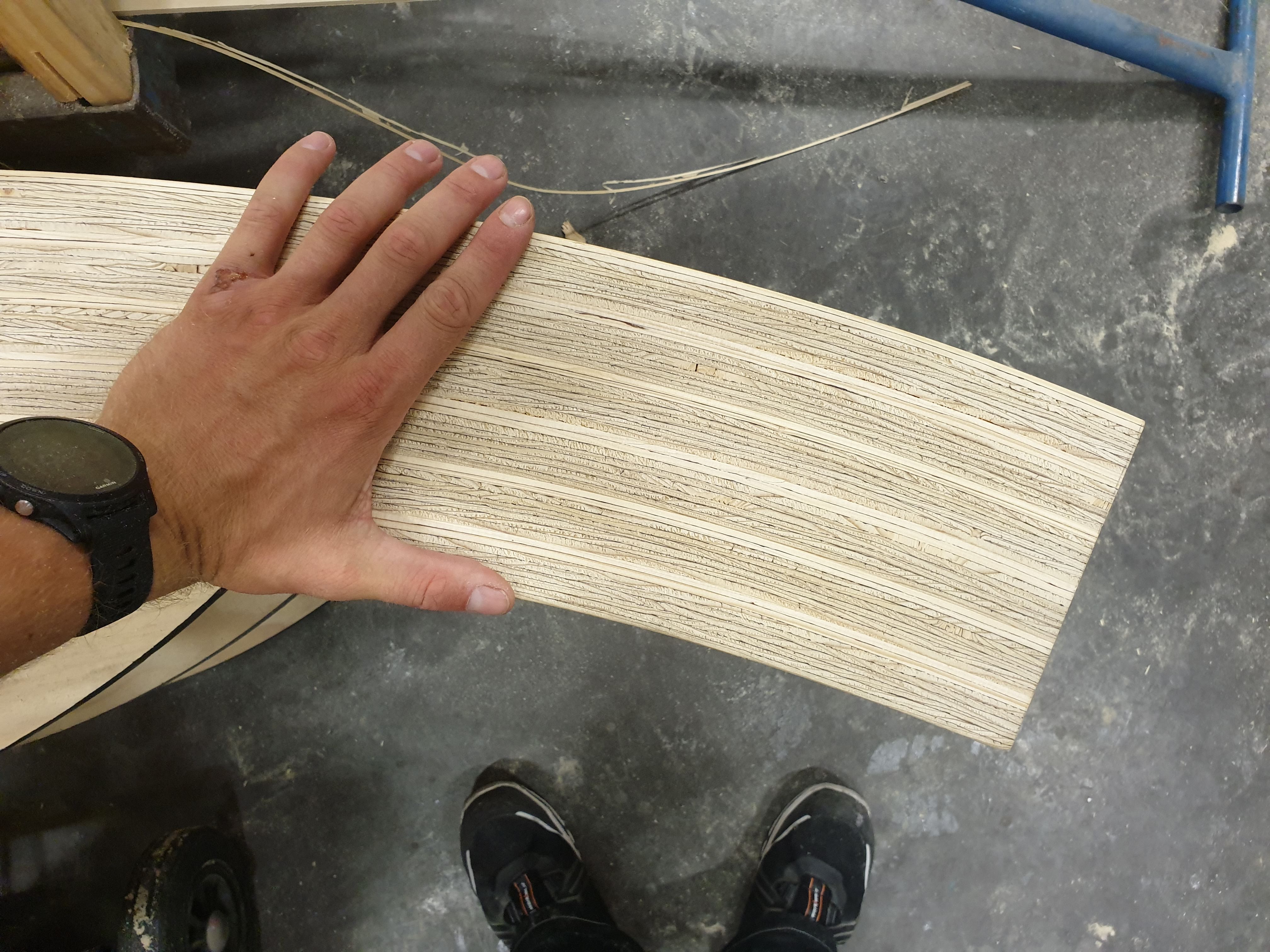 By using wood instead of steel, wooden wind turbine towers can boast environmental benefits through a lower-carbon manufacturing process. It is estimated that, including sequestration, a timber tower can save about 2,000 tonnes of CO2 emissions per tower up to deployment.

Wood’s inherent characteristic as a carbon sequester makes it possible to make wooden wind power turbines carbon neutral. Since wood captures and stores CO2 as a tree grows, it can offset emissions from the construction of other parts used in a windmill’s construction. Ola Carlson, a professor in sustainable electric power production at Chalmers University, who also serves as Director of the Swedish Wind Power Technology Centre, calls wood “a perfect carbon sink.”

Finally, once a wooden tower reaches the end of its useful life, its materials are fully recyclable. By contrast, traditional wind turbines often use composite glass or carbon blades that are both difficult to recycle and not particularly valuable as recyclable material. Consequently, many wind turbine blades now wind up in landfills at the end of their useful lives (usually around 20-25 years).

So, can we look forward to vistas full of wooden winder turbines in the future? While there are obvious advantages, Professor Carlson observes that the process of “putting wood together in a new way has required doing lots of mechanical tests to be sure of the strength of the material and to be very sure of the design.” In turn, Professor Jockwer believes there could be issues, as this is a “new application with different load-bearing questions” compared to previous uses of LVL lumber. Either way, when construction of the first wooden tower is complete by spring 2020, it will represent a further step towards carbon-neutral energy production.