150 years of sawmilling in Seikku

UPM Timber's Seikku sawmill was established in Pori on the Kokemäenjoki River in 1872. The top sawmill in the autonomous Grand Duchy of the Russian Empire relied on waterways, steam and manpower, and the multidisciplinary background of its founder, industrial patron Fredrik Wilhelm Rosenlew. The world has changed in 150 years, but the Seikku sawmill continues to produce high-quality timber for today's demands.

The Seikku sawmill was founded by Fredrik Wilhelm Rosenlew with an English partner, as Rosenlew's other sawmill in Pori, the Isosanna sawmill, proved to be small and outdated. As an experienced businessman, Rosenlew could smell the coming boom, and the Seikku sawmill got off to an excellent start. 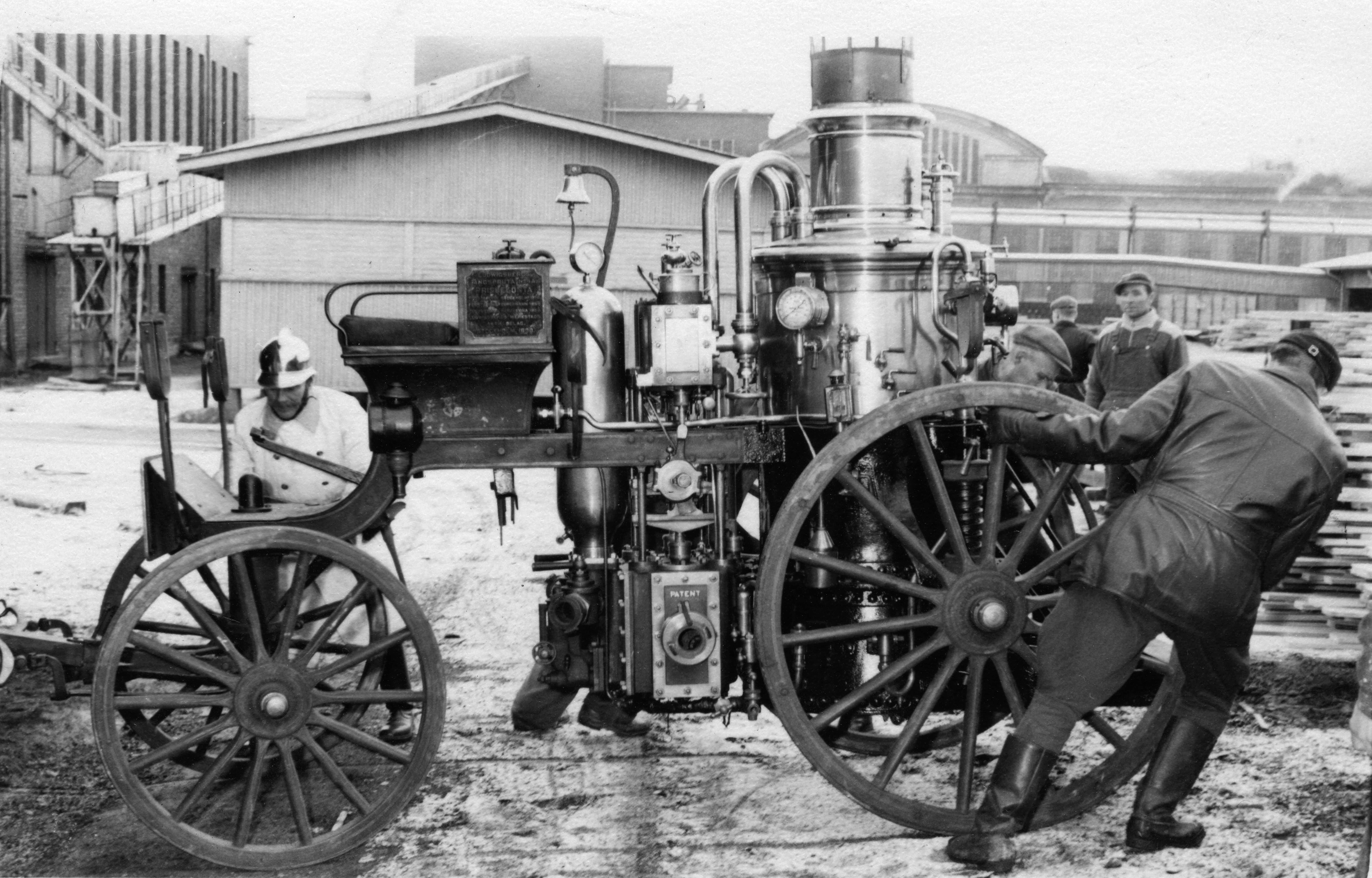 In its first full year of operation, the steam saw produced 25,000 cubic metres of timber. The work was physically demanding and intensive labour was needed both at the factory and the log driving operations. After several expansions, Finland's largest sawmill employed as many as 750 people in 1914, compared with around 200 in the early years.

Today, the sawmill is UPM Timber's largest sawmill, producing 400,000 cubic metres of spruce timber per year. In addition to 80 employees, the sawmill employs around 40 subcontractors.

"Modern efficiency is based on automation. For example, logs are analysed by X-ray and sorting is done mechanically", says Timo Lehtinen, Director at the Seikku sawmill. 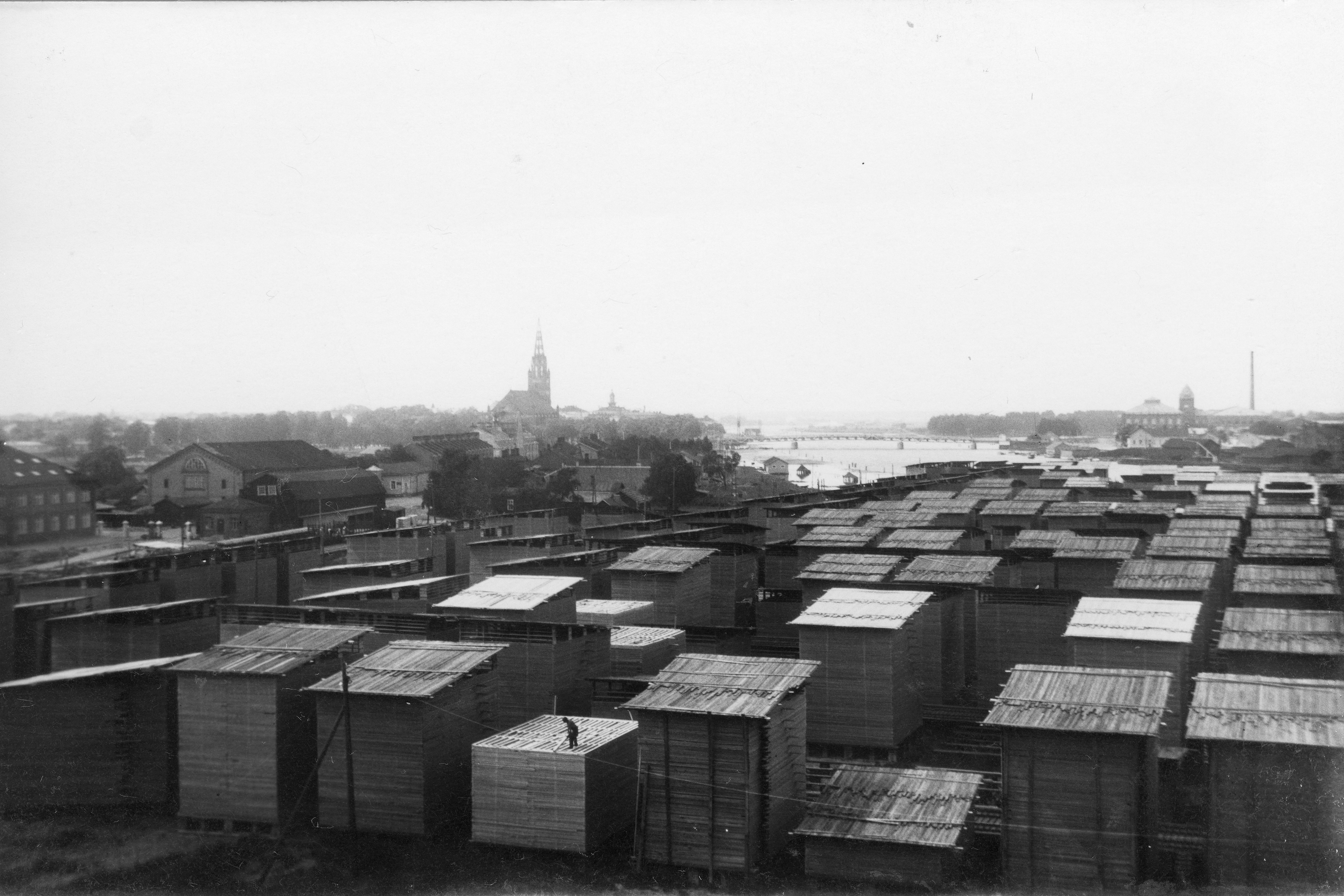 Efficient use of raw materials

When the Seikku sawmill was established, the latest technology meant steam-powered, two-frame saws.

"Let the sawmill be a model saw alongside other sawmills", said Rosenlew.

The sawmill became the second industrial plant in Finland to be equipped with electric lights in 1882. At the turn of the century, condensate from the steam boilers was led to the log basin, allowing the sawing of ice-free logs even in winter.

Electric motors were introduced in 1913. Around the same time, sawmill by-products, such as bark, wood chips and sawdust, began to be used as raw material for the newly built box and pulp mills. Wood waste was used in the Aittaluoto power plant, and in the 1920s the processing chain also benefited a sack and bag factory that used kraft paper, among other things.

The surrounding factories closed down, but the sawmill continued. Today, the conveyor takes the bark and chips to the Pori's energy plant, and the by-products generate twice as much energy as Seikku needs to dry timber, for example. The wood chips are used by the UPM Rauma Paper Mills.

Through sports and music to the gourmet table

In the early days of the Seikku sawmill, sports and music created a spirit of togetherness. The people of the new and old sawmill measured their strength on the Yyteri ridge in racing boats. Handsome boat crews also performed at other folk festivals, and a gymnastics club was also created at the sawmill.

In addition, performing arts, singing and musical instrument playing were practised. Hard work took its toll, and after 12-hour days, singers could fall asleep during rehearsals, and the Sawmill Temperance Society, founded in 1874, fizzled out within a couple of years. The ensembles gained national recognition and performed in Sweden until the turn of the 20th century. The operation ended in 1917 when the employer and the workers' aspirations diverged. 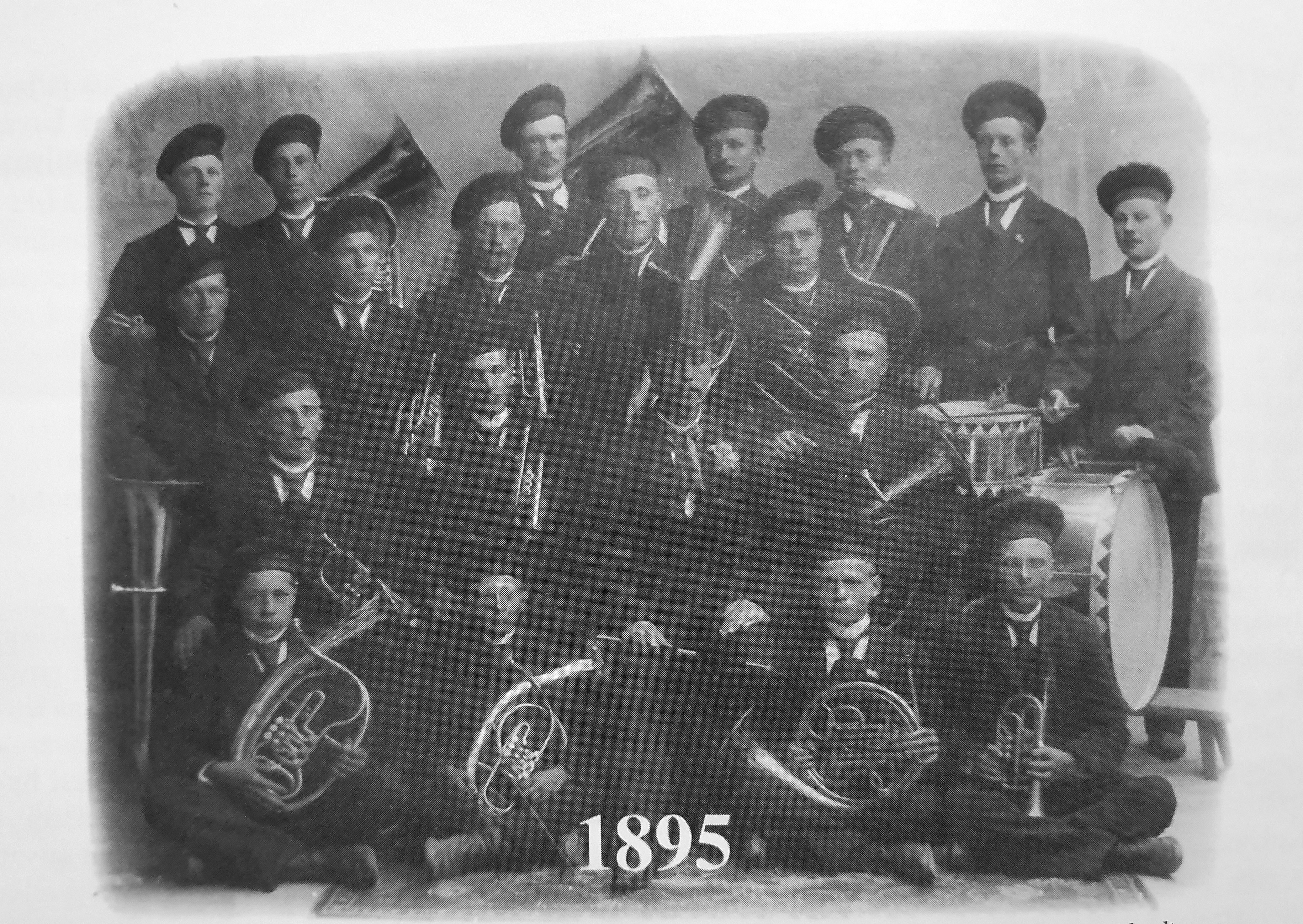 Still held today, the Whitefish Festival is a special event originally held for the sawmill management at the end of the fishing season. The tradition started in its first year of operation and has only been missed a dozen times. In 1963, a scandal broke out when an attempt was made to stop the party due to cost considerations. Since then, staff were invited to the party, in addition to management, and now the party is organised for all sawmill employees.

Heavy labour is shifting to machines

In 1939, the Isosanna sawmill was closed down and production was concentrated in Seikku, where the sawmill line was modernised. Soon all Rosenlew's sawmilling operations were centralised in Seikku. After the war, the sawmill exported timber as war reparations to the Soviet Union until 1949. In 1951, small diesel locomotives began to move heavy timber wagons, which until then had been moved by manpower on rails. 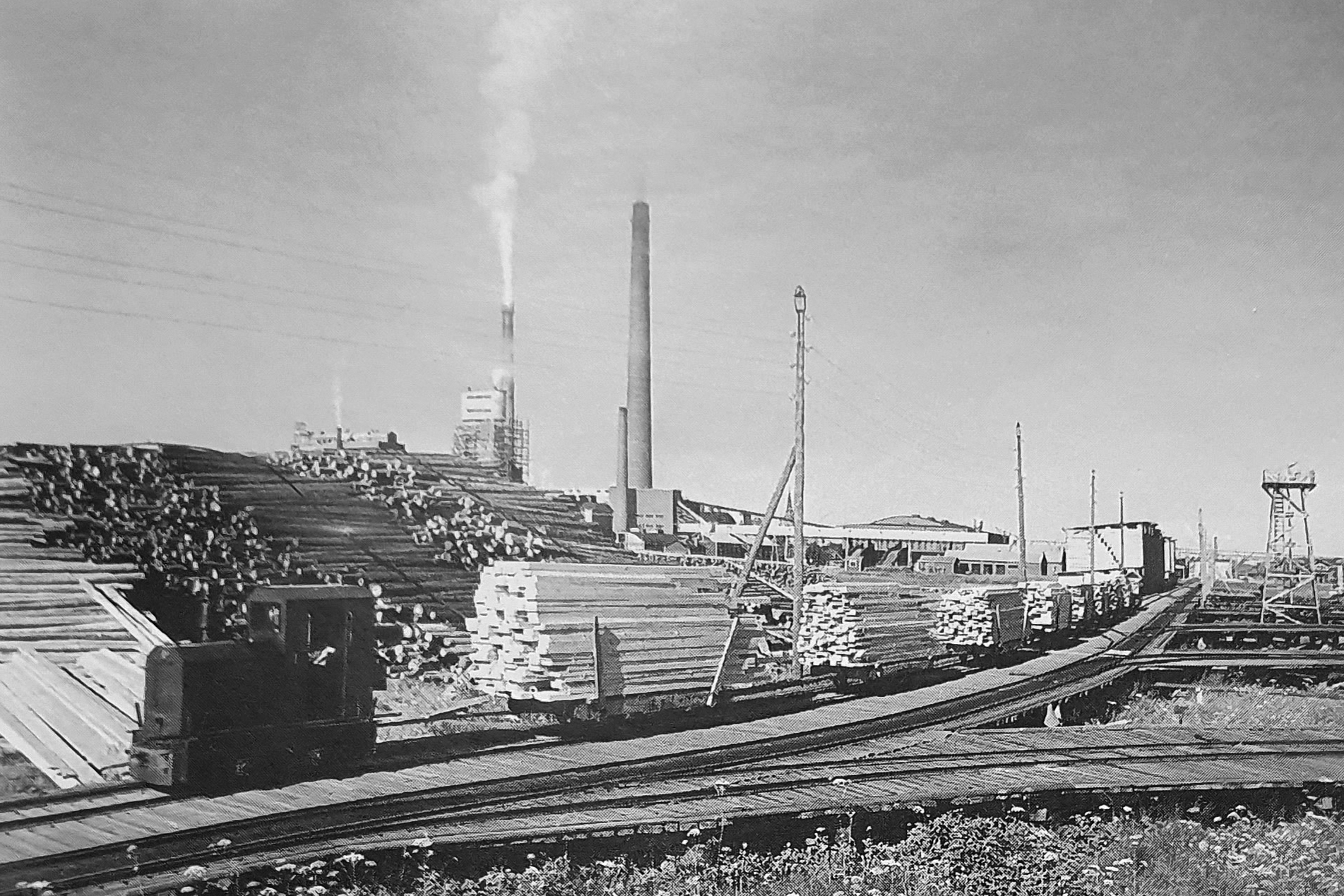 The loading of ships at Reposaari and barge transport on the Kokemäenjoki River ended in 1957, when a storage shed was built in Mäntyluoto, where timber was transported by truck.

Seikku's sawmill was known for its steamy lumberyards, where the lumber, loaded by lumberjacks and timber millers, was dried in stacks. Artificial drying began in 1966, and the landscape changed forever in 1972, when all goods were artificially dried and replaced by forklift packages.

The 1960s and 70s were a time of technological innovation. After 90 years of logging, the sawmill switched to inland transport in 1967. A log sorter replaced the previously manpowered sorting in the water, and the new 25-tonne reacher unloaded the logs of a car or train wagon in a single lift.

In the early 1970s, the sawmill's downstream end was modernised and mechanised packaging was introduced. In the middle of the decade, the sawmill main line was renewed and a chipper and band saws were added. At the same time, many traditional operations, including hand loading, were eliminated.

In January 1975, the Kokemäenjoki River flooded and the Seikku sawmill suffered extensive damage, which was also inspected by President Urho Kekkonen. After the flood, an embankment was built in Aittaluoto.

Over the last couple of decades, the sawmill has been completely renovated. In addition to the new sawing line, for example, in 2015 the log sorting line was increased to 200 metres per minute, and its capacity can cope with significant expansions. The € 8.5 million investment included the introduction of X-ray equipment for sorting. 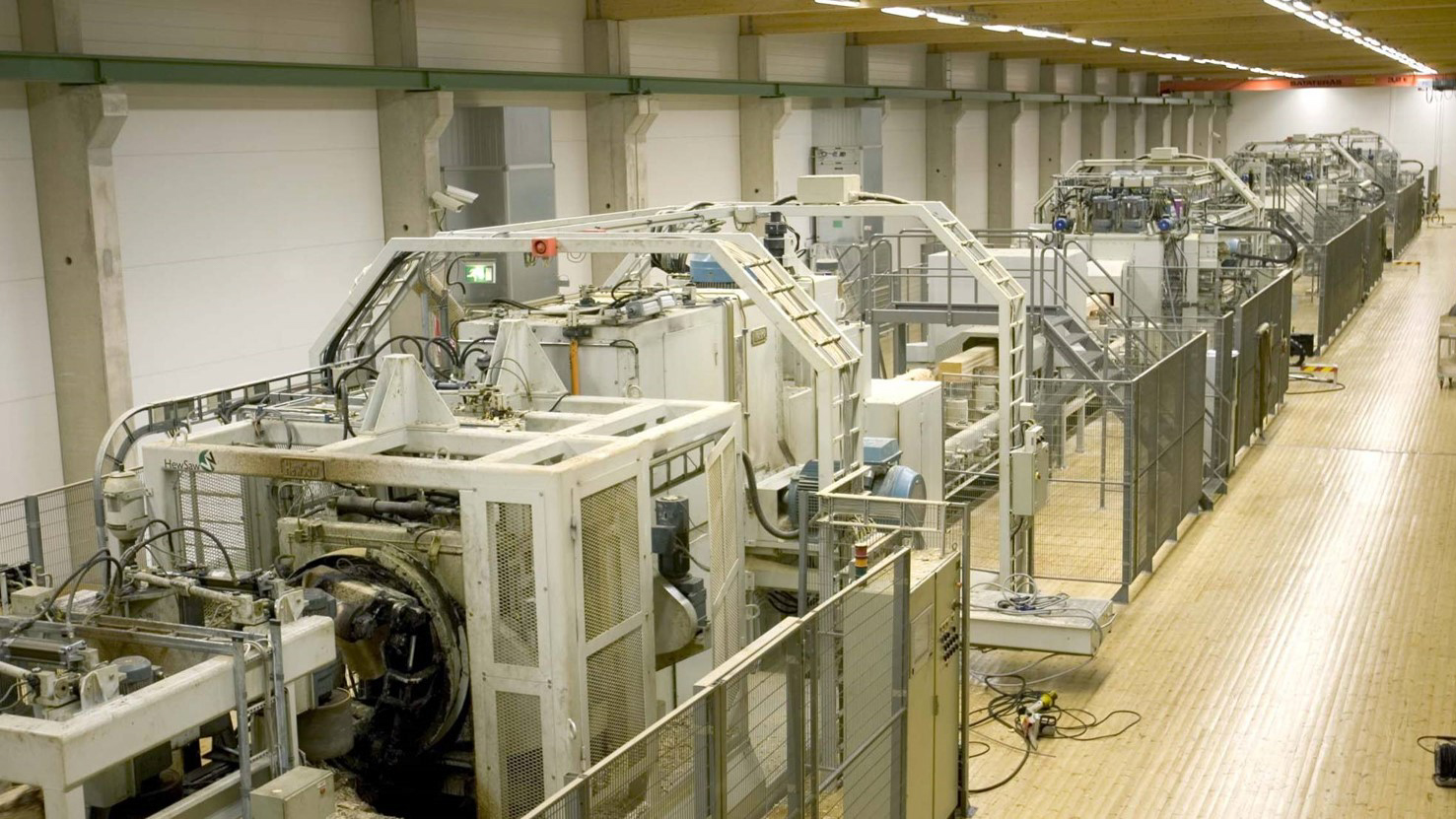 In the 2010s, the fresh sorting and levelling systems have also been upgraded and automated. Another important milestone was the drying plant renovation completed in 2019, which brought efficiency into a league of its own.

"The saw line is up-to-date and it is UPM's most efficient saw, which is something to be proud of", says Timo Lehtinen.

At one time, the Rosenlew company was also a shipbuilder and supplier, which made it natural to ship timber abroad. In the beginning, three quarters of the production was exported to England, until exports were divided in the 1910s, especially to the Netherlands and Germany. 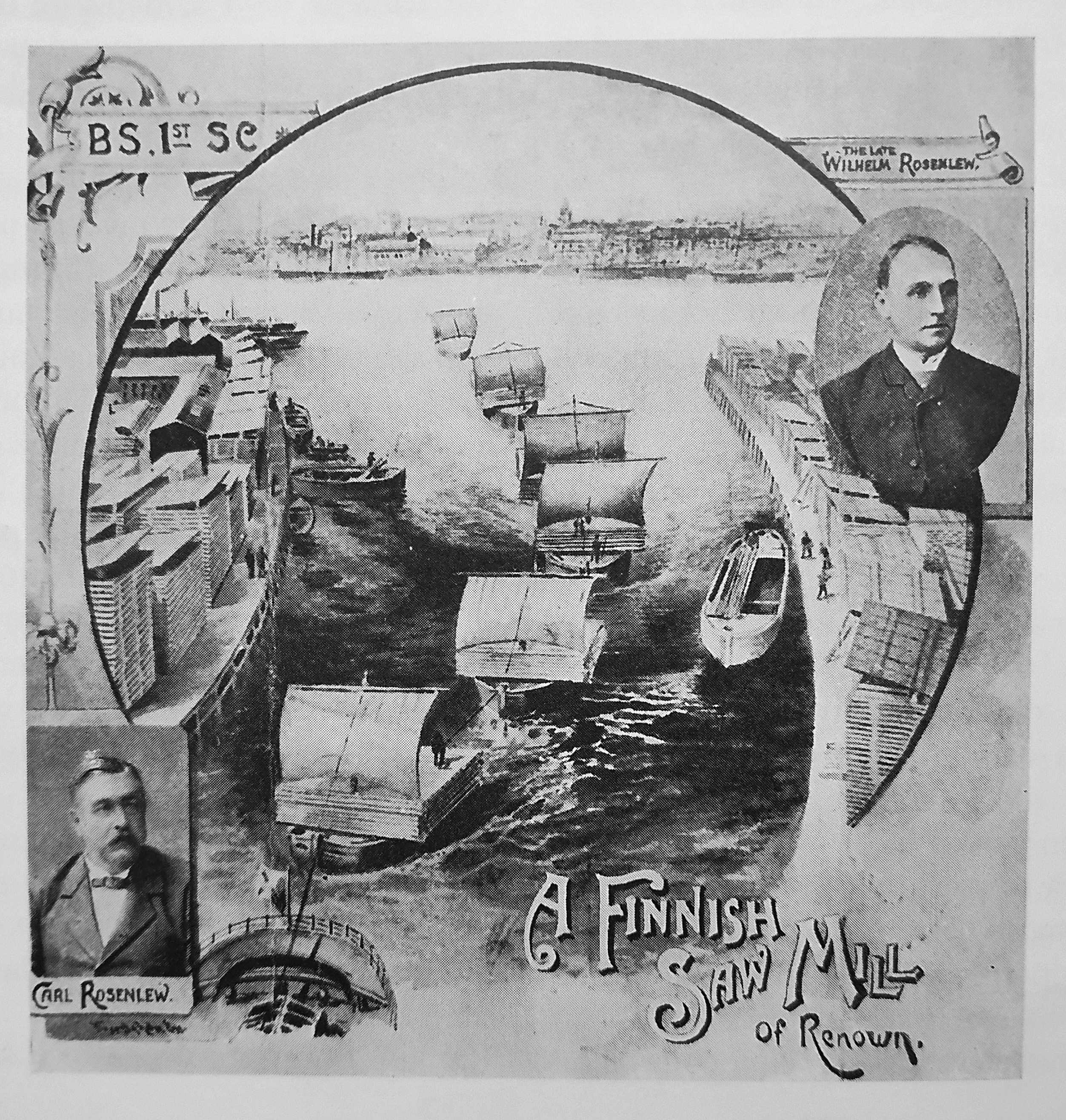 Photo: an advertisement for the Seikku sawmill from the late 19th century.

"There used to be more standard sizes. We now manufacture over 500 products in thickness, width and length. Quality requirements have constantly increased, as have customer expectations, and we have tried to meet them", Lehtinen says.

The story of the Seikku sawmill tells the story of the development of the Finnish sawmill industry and how it has always sought ways to make the best possible use of valuable wood. Such a story will carry gloriously well into the future.