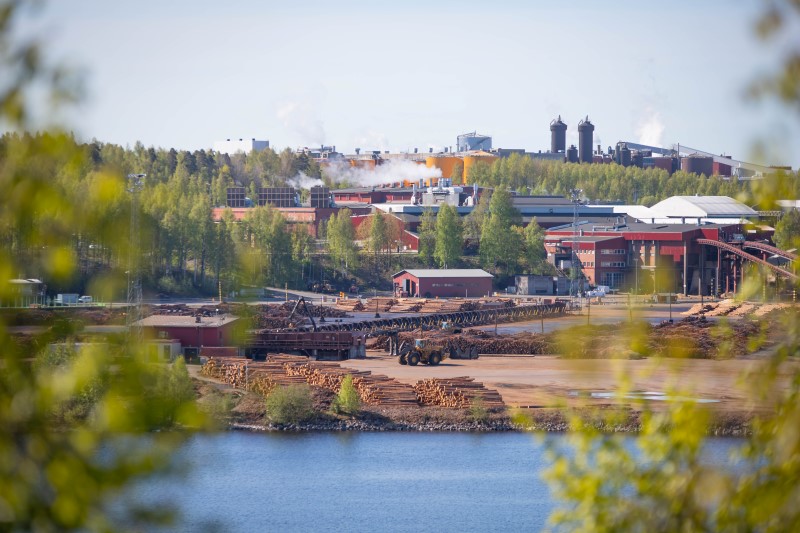 Kaukas sawmill in Lappeenranta has been operating and expanding on the same site for exactly 60 years. The reason why this location was chosen for the sawmill all those years ago still applies today, and it will ensure the operation of the sawmill in the future. The sawmill has been continually developed over the years, as the existence of the traditional industry cannot be taken for granted. As a result, future prospects are promising, and the 60th anniversary year is celebrated with great pride at the sawmill for all the work that has been done.

UPM Kaukas sawmill was originally established in Varkaansaari, Kanavansuu district in 1892. The sawmill was run successfully by the Norwegian Salvese brothers, but they sold their business to Kaukas in 1916. The restless war years gave rise to concerns about the management of assets, which resulted in many foreign entrepreneurs leaving Finland.

As a result of the deal, Kaukas obtained four sawmills, the Lauritsala Manor and almost 70,000 hectares of forest. The company became a significant forest owner, which alleviated the intense competition for raw materials. The sawmill continued to operate in Varkaansaari until Kaukas started kiln-drying sawn timber—the first Finnish operator to do so—in 1959. It was at this time that the operation was transferred from the Kanavansuu district to its current location at the Kaukas mill site. There was a desire to concentrate all forest industry operations at one single site. At that time, there was a lot of vacant land around the mill for expansion. Today, the mill site today covers 300 hectares, with the sawmill comprising nearly a third of it. 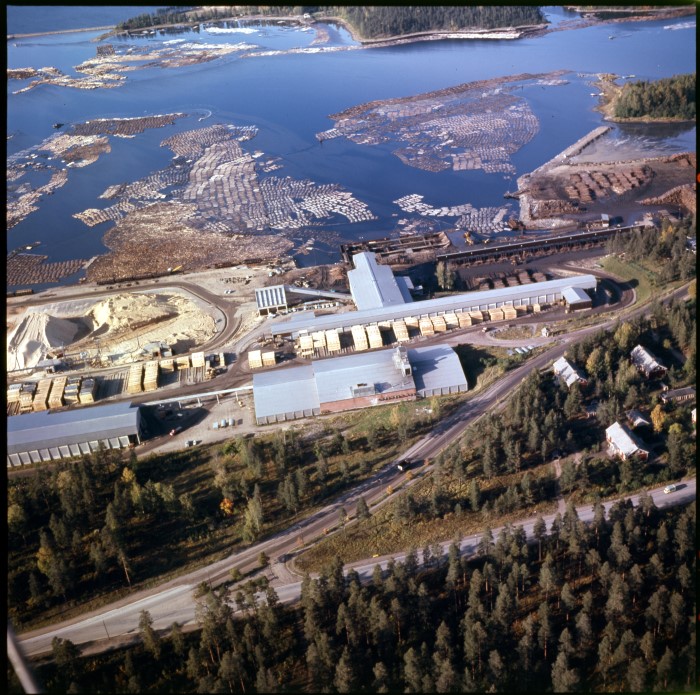 The decreasing significance of Lake Saimaa

“An important factor in relocating the sawmill to its current location 60 years ago was concentrating all operations at one site. The synergy between the different functions across the whole mill site is still important today,” emphasises Antti Waajakoski, Director at UPM Kaukas sawmill.

However, the significance of the Saimaa water system and the Saimaa Canal to Kaukas sawmill has decreased. Nowadays, most of the wood transported via Lake Saimaa and the canal is for the pulp mill. Until the 1980s, a third of logs were floated to the sawmill and lifted straight out of the water into the debarking plant.

The new log sorting method at the sawmill meant that water transportation was replaced with land transportation and storage in 1994. Log floating via water courses stopped completely and the water’s edge was moved with artificial filling to create storage space for logs.  Enough logs for three to five daysprocessing are stored next to the debarking plant at the sawmill.

Kaukas: The largest of UPM’s sawmills

UPM operates four sawmills in Finland. According to Waajakoski, all of them are needed, because pulpwood cannot be sourced from the forest for pulp production alone — there must be a use for the logs, too.

Kaukas is the largest of UPM’s sawmills, which produce a total of 1.5 million cubic metres annually, with Kaukas producing a third of this amount. Even though Kaukas is a large-scale sawmill, the market is global and large competing sawmills can be found all over the world. The field is fragmented, and this makes it a difficult place to operate according to Waajakoski.

Kaukas sawmill has been continuously developed — the list of investments made over the years is remarkable. Kaukas sawmill also has a great reputation in the market. According to Waajakoski, the large volume and consistent quality of the sawmill’s products mean a lot to customers. Although the sawmill is large by Finnish standards, it has aimed to be flexible for its customers, with many customer relationships lasting for 35–40 years.

“Good relationships and trust have ensured that deals have been done even during economic downturns,” the Kaukas employees explain with satisfaction. 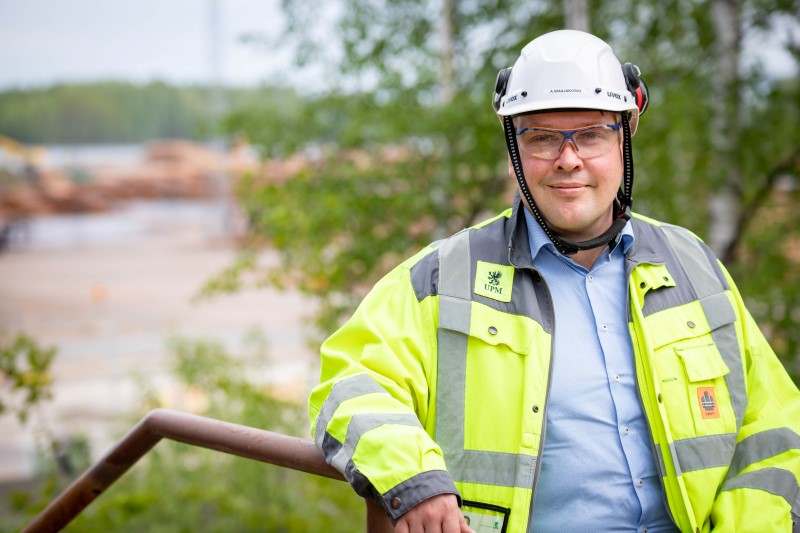 Ninety percent of the production at Kaukas is exported, mainly for use in the joinery, furniture and construction industries. The Chinese market in particular has stabilised production in recent years. However, since the early 2000s, Kaukas sawmill’s biggest customer has been Japan, which uses Nordic sawn timber in house construction — the wood is strong and withstands earthquakes better than alterntive materials.

The sawmill industry has a promising future ahead too, thanks to the increase in wooden construction in Finland. The legislative obstacles to using wood in the construction of multi-storey buildings have been removed hence log construction has increased, even in public projects.

An important part of the Lappeenranta community

UPM-Kymmene and Kaukas sawmill are an important part of the city of Lappeenranta. The integrated mill site provides 1000 jobs, 130 of which are at the sawmill. In addition, nearly 400 workers employed by UPM’s subcontractors work at the mill site. In total, UPM employs approximately 2000 people in the area, both directly and indirectly. Annually, the company pays EUR 33 million in taxes to Lappeenranta and its neighbouring municipalities.

Interaction and collaboration with local people have been channelled through different communities, companies and educational institutions. Kaukas is carrying out a training programme in collaboration with different operators, such as the Saimaa Vocational College Sampo. Most of the studies included in the programme are carried out at the sawmills.

The people at Kaukas are grateful that the forest industry is valued as a workplace and that there have been so many applicants for the training programme — employees are certainly needed at Kaukas. A generational change is currently under way, with many of the long-time employees having recently retired or about to do so.

Kaukas is a great example of success even today. According to Waajakoski, the future of the Kaukas sawmill is bright. The sawmill will continue to operate on the same site for many years to come.